1. What was your motivation to start making music? What does music mean?

Nadia: The famous cellist Jaqueline Dupre was my inspiration for learning the cello. I saw her play on the television at the age of 7 and that was it, I wanted to be a cellist! You can completely lose yourself in a piece of music which is what makes it so special for me.

2. Which instruments do you play, apart from the cello and keyboard? Do you want to learn other instruments too?

Nadia: I don’t play any other instruments other than cello and keyboard, although I would love to learn how to play electric guitar!

3. What do you especially like about the cello? Are you classically trained?

Nadia: The cello has such a wonderfully deep, melancholic sound. Yes, I was classically trained at the Royal College of Music in London and then went onto study the academic side of music at university.

4. How old were you when you started playing cello? (Gerd)

5. You have used different cellos in the past. The last one, which you recently put up for auction on eBay, is an electric cello with only a frame. Can you give more detailed info about the cellos you’ve used? I have heard you once played a cello from the 17th century on tour, is this true?

Nadia: The electric cello that I used on tour was a custom made starfish dolphin cello which is a skeletal form of an acoustic cello. It looks like a piece of artwork to me! I have two acoustics, one of which was made in the 1700’s by an English instrument maker called Thomas Kennedy. It is a very valuable, beautiful sounding cello which I have played on tour although I ended up using my second acoustic cello more often to reduce the risk of my good cello getting damaged in the hold of the plane which has happened a few times. I did in fact play my Thomas Kennedy cello at the London Shepard’s Bush Empire gig.

6. Are you ambidextrous? That is, could you play your cello with either hands? (Darren)

Nadia: I wish I could because it would solve my hand and shoulder problem, but unfortunately I’m not.

7. What is the best musical instrument for a little kid to start to learn with in your opinion? Do you think learning to music and playing instruments can have a strong positive influence on a kid’s character, like encouraging self-assurance, concentration, creativity, and such? (Bernd)

Nadia: I don’t think that any instrument is better than another for a little kid to start to play, it just depends upon what they are interested in learning and what they have a passion for. Having said this I started on the piano because my parents thought it would give me good understanding of harmony and would teach me how to read notes in different clefs etc. I think that learning to play music as well as listening to it can be very therapeutic, and that music therapy certainly has a role to play in helping with developmental aspects of some children. It has been said that listening to Mozart can make you more intelligent!!!!

8. Aside from Heather, you used to play with several bands like Red Snapper or Joseph Arthur. Can you tell us something about the music you played with those bands or with other musicians? Which other artists would you like to work with?

Nadia: The music I did with Jo Arthur was actually a kind of jamming session for me where I just improvised while he played his songs. We had great fun doing it, and Jo decided to use some of the tracks we did on subsequent albums. He is a very talented and innovative musician. David Ayres and Ali Friend who have both played for Heather Nova in the past are members of Red Snapper, which is why I got to play on their single ‚Image of You‘. I would love to work with the very talented Robert Plant and Jimmy Page. I also really rate Lamb, Radiohead and Tori Amos whom I think would be truly inspirational to work with.

9. What do you – as a cello player – think about bands like Apokalyptica or – in general – about making pop/rock music with classical instruments? (Jay72)

Nadia: I think it’s really exciting. I have certainly had a lot fun playing pop/rock music. It enables you to get quite innovative and do things that you would not normally do in a classical music environment. Apokalyptica are great. I saw them play live once at a festival. It is amazing what an ‚evil‘ sound you can get out of a cello!

10. On Heather’s first records, there were strings and the violin, but there was no cello. Did Heather search for a cello player back in 1993? Or was it your idea to put cello into Heather’s music after meeting with her? How did you join Heather’s band? (Bernd)

Nadia: I had only just finished university when I saw Heather’s advertisement for a cellist in a music paper and subsequently auditioned and got the job!

11. „Oyster“ was very successful. How did it feel, back in those days, to see how well „Oyster“ sold and suddenly be able to play gigs with Heather before thousands of people at festivals, doing some shows on MTV or doing shows like Conan O’Brian, with maybe one million viewers? (Bernd)

Nadia: It felt totally amazing. You get addicted to the adrenaline rush that you feel when you are on stage in front of so many people.

12. You have been both a studio musician and a live musician with Heather. Which did you like more?

Nadia: Each has its bonus‘. When you play live you feed off the crowd which is a fantastic feeling. Studio work is more controlled but fun too, because you get to work with different producers, each of which have their own interpretations of Heather’s music.

13. Do you know who played the cello on Home? (Christina)

14. On the Siren b-sides and certain tours of that era (such as Japan), the songs were stripped down to just you and Heather playing guitar and cello. I am thinking of songs like Grow Young, Water From Wine, Nothing, Like A Hurricane, Many Rivers To Cross, and I’m On Fire. Was there ever a plan to make an entire album just with this sound? (Cassander)

Nadia: Not as far as I know, although I would have loved to have done a completely stripped down album with Heather.

15. Do you have an archive at home of your most important live recordings with Heather, especially from the acoustic gigs, which are unfortunately only available as bootlegs, like the fantastic Hamburg gig in March 1996, where the song „Heart And Shoulder“ premiered, or some other selected radio shows? It would be a pity if you didn’t know them, as those recordings are sometimes really very good, and although they are often only on bootlegs, they are documentation of your career.

Nadia: No I don’t which is a shame. Are they still available?

16. Do you have any favourite songs by Heather?

Nadia: That’s a difficult one. My favourites are probably Island, Blood of Me, Spirit in You, Walking Higher and finally Sugar for its raw energy!

Nadia: Because I developed a hand a shoulder condition which stopped me from being able to play professionally anymore. It is still a struggle to play today, but I hope that one day the problem will resolve.

18. Why are you selling your cello (the one on eBay)? (Christina)

Nadia: Simply because I really do not need it anymore as I don’t play professionally. It seems a shame that it is not being used.

19. Have you made any music in the last five years?

Nadia: No I haven’t as my hand and shoulder condition has precluded me from doing so.

THE LONDON CONCERT WITH HEATHER

20. What is your reason for playing again with Heather? Did you ask her or did she ask you? (crab)

Nadia: Heather asked me if I would like to play again for old times sake. I of course was really pleased to be asked as I have really missed playing although I was slightly apprehensive as to whether my hand and shoulder would be o.k, so we limited my appearance to a couple of songs.

21. The German fans would be looking forward to you playing a concert together with Heather round here again… does this possibility exist? Or will the concert in London on September 30th., be the last chance to see you? (Klaus)

Nadia: I don’t know. I would love to play with Heather again but I have now moved to Seoul which is quite a long way from Germany, so the likelihood of this happening is slim, although never say never!

22. Do you plan on working with Heather again more in the future, either at concerts or on albums? (Cassander)

Nadia: My hand and shoulder condition still exists, which means that I wouldn’t be able to manage to play a whole set. Even playing a few songs is a struggle. If my hand and shoulder get better then yes I would love to play with Heather again if that were at all possible.

23. Are you involved in any other arts/crafts? (amayii)

Nadia: No I’m afraid I’m not. My drawings are laughable!!!!

24. If you weren’t a professional musician, what job would you practice instead? Heather once answered this question with „I am into Chinese medicine and I would like to study that kind of alternative medicine. There is a whole other realm of healing that the West could be open to.“ As far as we know, you studied naturopathy. What was your motivation to do that?

Nadia: I didn’t study naturopathy, I studied nutrition and dietetics, and am now a fully qualified dietitian. I have always been interested in nutrition and healthy eating, especially since on tour it is often quite difficult to eat healthily and you certainly suffered for it. Touring made me realize how important good nutrition is to ones health. I would actually love to become a yoga teacher, but being a dietitian seemed like a more solid career.

25. What are your future plans?

Nadia: Well, I have just moved to Seoul in South Korea because my partner has got a job out here, so I won’t be able to practice my dietetics, but I plan to do a yoga teacher training course in the hope of becoming a yoga teacher. I also want to try to keep my cello playing going as much as my hand and shoulder will allow.

26. Why do you want to leave England and move to Korea?

Nadia: My partner got a job out in Seoul, which is why I am moving there.

27. Moving to another continent is a big step in your life. How do you feel about leaving England, your friends and your environment? What made you finally decide to move?

Nadia: Of course I feel apprehensive and sad to leave my friends and family behind, but life is an adventure and you have to positively embrace the changes that happen in your life. I met someone whom I want to spend my life with so it made sense to move to Seoul.

28. You still have a lot of fans in the Heather Nova fan community. A lot of people miss you and your cello. Unfortunately, you suddenly left the Heather Nova band due to health problems without having the possibility to say good-bye to your fans. Is there anything you want to tell your fans, who haven’t forgotten you over the last years?

Nadia: You have been great. I actually felt moved to tears after the gig in London and in general I feel very touched that you still remember me, so thank you for that.

You brought a smile to my face! 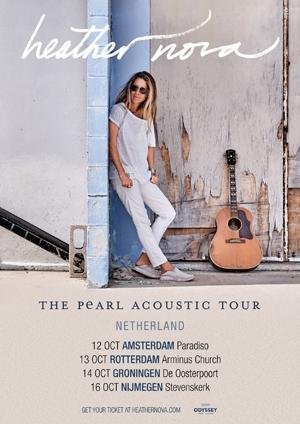 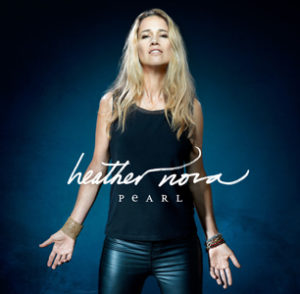